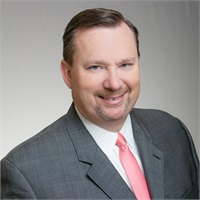 Milton is from Rocky Mount, North Carolina and completed his B.S. in Accounting at East Carolina University in 1988. He has been a CPA since 1990 and is also a Certified Specialist in Estate Planning.

Working in public accounting since graduation, Milton has been associated with local, regional, and national accounting firms. He joined DMJ in August 1994 as tax supervisor, was promoted to tax manager in 1997, and became DMJ's Director of Tax Services in November 2004.

For more than twenty five years, he has focused on taxation issues, including tax research for both open and closed transactions, structuring complex tax transactions, estate and income tax planning, and representing clients before federal, state, and local tax authorities. His focus is on the tax needs of closely-held businesses and their owners, and extending to their estate planning, personal trusts, and investment entities. Much of his technical expertise is in partnership and S-corporation transactions, particularly involving ownership changes, and mergers and acquisitions.